The usage of computers in Africa has been growing exponentially in the past couple of decades, and markets have been shifting towards digitalization. But cybersecurity issues are often neglected, and cybercrime activities have been on the rise. Cybercrime is shifting towards emerging economies, such as Ethiopia, and it has been lucrative to cyber attackers with less or minimal risk compared to cybercrime in the developed world. Beginning from 2016, cyberattacks in Ethiopia have been increasing dramatically. This trend of increase in cybercrime is expected to continue for years to come in a developing country such as Ethiopia. Thus, cybersecurity service for Ethiopian companies that are digitizing their business is now more important than ever and will soon likely be a necessity.

Our mission is to be the forefront cybersecurity firm in Africa by creating a cyber-resilient business framework, raising awareness, and building skills among the youth. we have to create our message of influence because security is a culture and you need the business to take place and be part of that security culture.

Africa has been among the fastest-growing economy but still lack in Cybersecurity infrastructure. Africans are not prepared for these threats, and Cybercriminals have increasingly targeting Africa because of the low-hanging fruit. We envisions inspiring the emerging young generation to be part of the Cybersecurity workforce. Africa is posing unique Cyber challenges which need a pioneering solution. 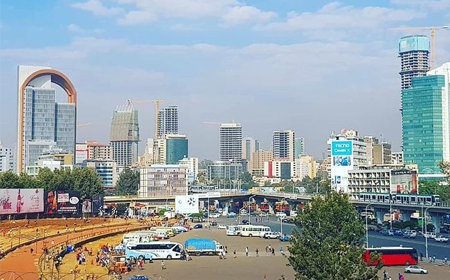 Founded in 2020 by Ethiopian cybersecurity professionals, CyberGasha set out with a mission to meet the cybersecurity needs of Ethiopian individuals and organizations that have been transitioning to digitized forms of conducting business. The founders of CyberGasha are passionate and committed to addressing fundamental issues around Ethiopian Cybersecurity.

© 2020 All Rights Reserved by CyberGasha Company